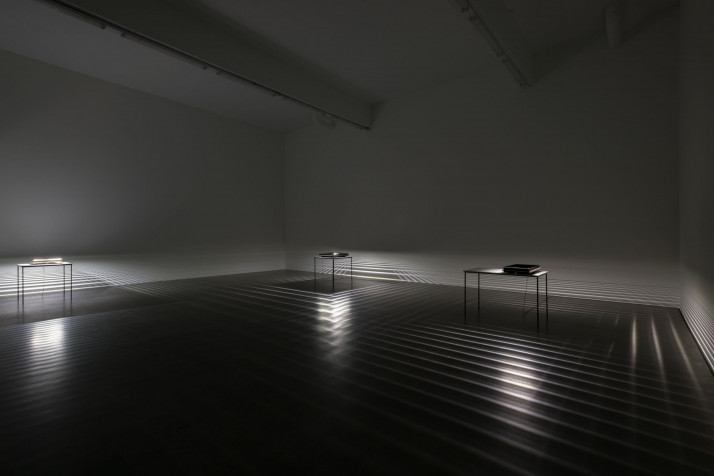 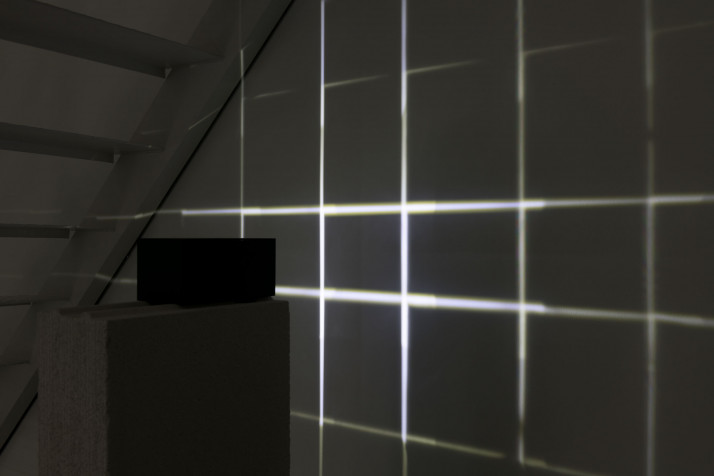 When we talk about the latent forces that are inherent in Kitty Kraus’ works, the prospect of their destructive realization resonates. This possibility is part and parcel of Kraus’ works, which are seemingly designed and constructed to test their own material limits. They do so in a latently active process, an almost performative act during which the material and immaterial interact and counteract each other.

Kraus’ frugal sculptures and installations are no quiescent objects. The dilemma of these constructions, be it lamps, ice blocks, glass structures, is built-in. Their hardware consists mostly of recurring materials such as glass, mirrors, ice/water, fabric, ink, cables, tape, microphones, or other rather simple technical components. Physical quantities and phenomena, circumstances such as extreme fragility, temporality, change and the changing, the consideration of probabilities, all these steer the “functioning” of the objects towards the possibility of their decay or failure. But this type of judgment presupposes a specific system of reference in which “functioning” is defined as a ruling out of deviancy.

In this respect, Kraus’ objects are inverted “apparatuses” with negative potential. Where usually the building of things pre supposes the exclusion of risks and aims at a certain, at least apparent, durability, Kraus, in a procedure deviating from the norm, locates her objects in a state of instability. This determines the material appearance and aesthetic perception of Kraus’ works, for as direct witness to this state of crisis, the viewer is psychologically bound up in it. Kraus’ objects awaken the awareness for the liminality of a situation. Similar to her constructions, the viewer is also put to the test. It is therefore not surprising that Kraus should refer to Karl Jaspers’ dichotomous set of concepts shell (rational coping mechanisms) and limit situations (actualization of existence through inescapable situations or failure), which the German philosopher established in his Psychology of Ideologies (1919).

Kitty Kraus’ lamps are such shells. These ascetic, provisional architectures (seen from the outside - hieratic black boxes) house within their fragile mirrored walls the tamed/explosive energy of a light source reproducing itself into infinity. The physical and symbolic crisis or limit situation occurs here in the form of (self)reflection – a thread that runs through Kraus’ work, if one also thinks of early works such as Dekaputkapitalisation (2006).

In different versions of the lamps, Kraus routes the light through millimeter-thin gaps between the edges of the shell and/or its hood out into the darkened surroundings. A space within a space is created – at times as a manifold superimposed refraction; at other times as a single horizon line that comes forward as a shadow; and here, in the latest lamps, as a grid and network of lines that maps the walls and floor. An orientating point of reference is not dictated. Once cast into this space, one is driven by the virtual images the latter unlocks.

The grid codifies the modern cultural history of Western Europe and implicitly its exclusions: counter-histories and other knowledge systems, other spaces that do not belong to it. One thinks of the square grid, which served to rationalize drawing in the 16th century (see Dürer’s woodcut Draughtsman Making a Perspective Drawing of a Reclining Woman from 1538, which can appear ludicrous from today’s perspective). The implementation of central perspective in the 16th century reconfigured the arts and shaped the way we see the world today (from camera obscura to digital images). It contributed to innovations in cartography, among other things, and had an influence on many areas of life, including urban planning. Perspective, in the etymological sense of the word, promoted spatial foresight, the gaze into the distance: in German, the words for space (Raum) and a ship’s hold (Räumte) are related. Thus, the expansion of seafaring had far-reaching consequences, leading not only to the linking of continents and to great “discoveries,” but also to even greater crises and asymmetries. The central perspective as a cultural code for a homogenizing principle, seen in this light, itself became the site of crisis, or of a collapsing shell, when the visual order it monopolized was later to be deconstructed. Today more than ever, the hope remains, with Jaspers, that the crisis will be followed by the arrival in a safe haven. 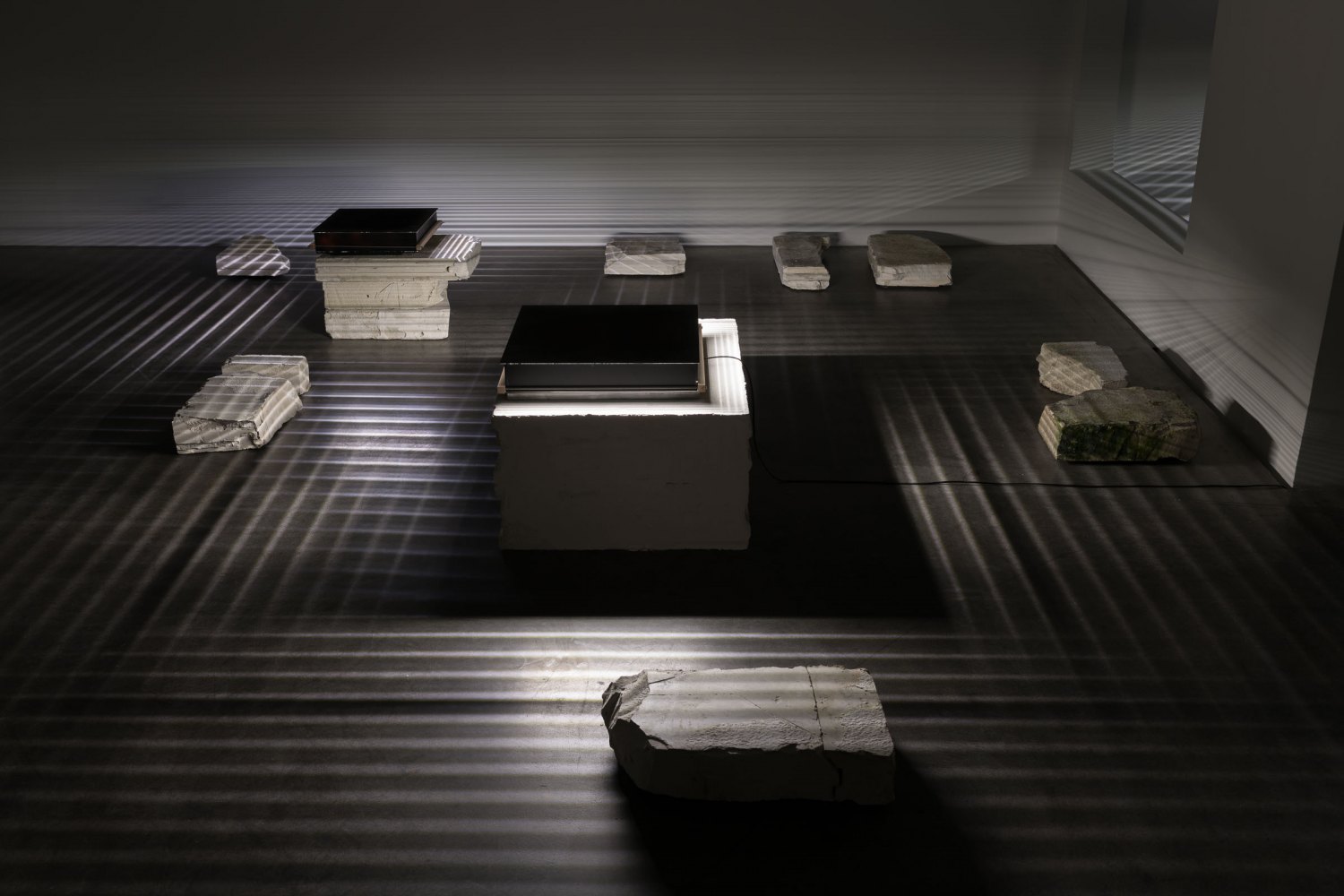 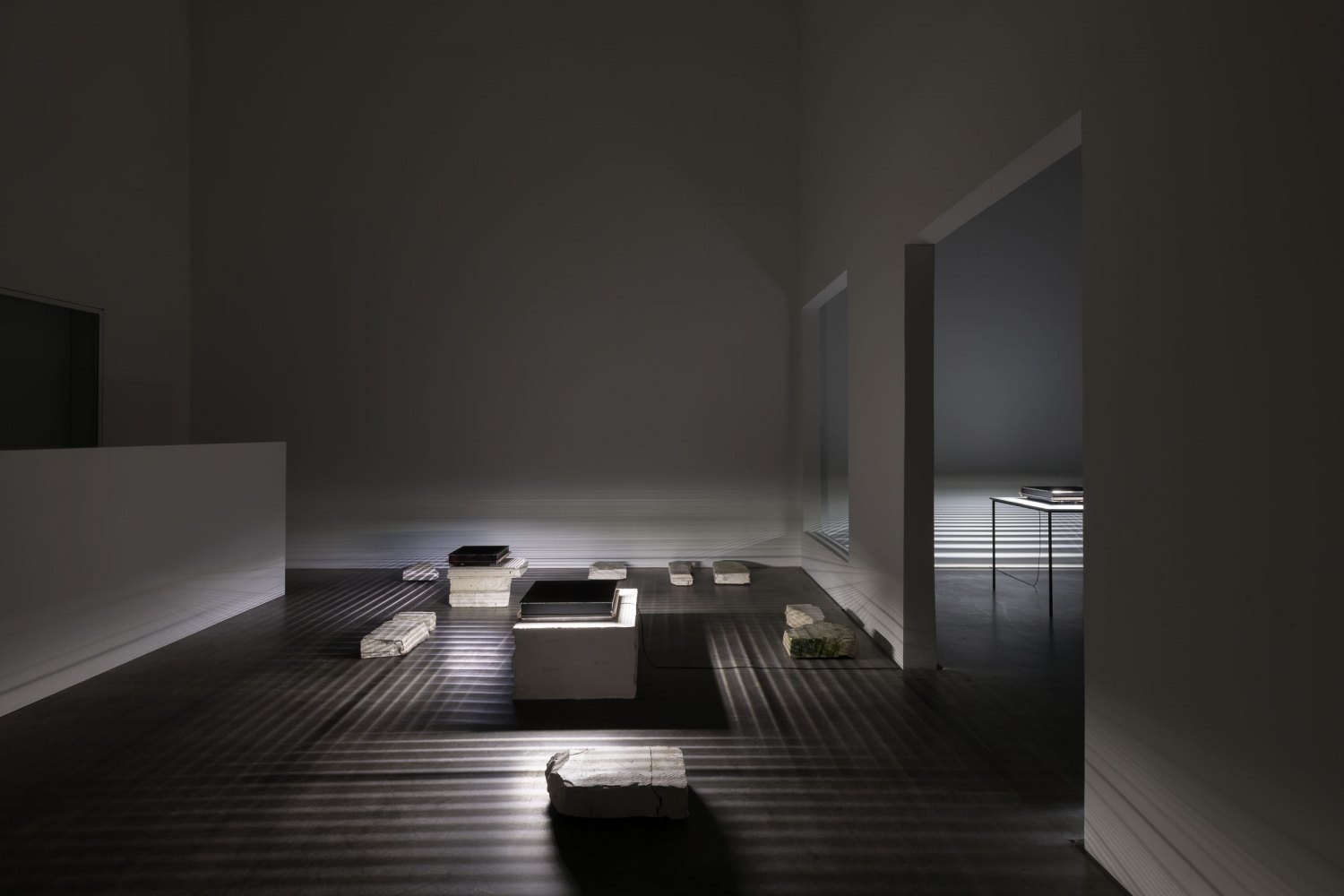