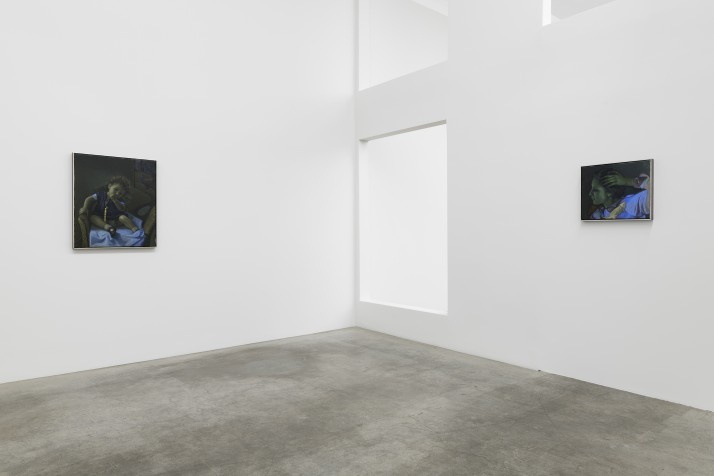 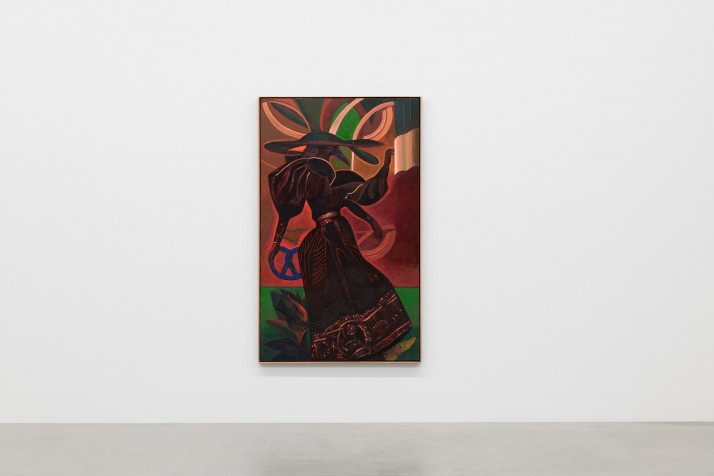 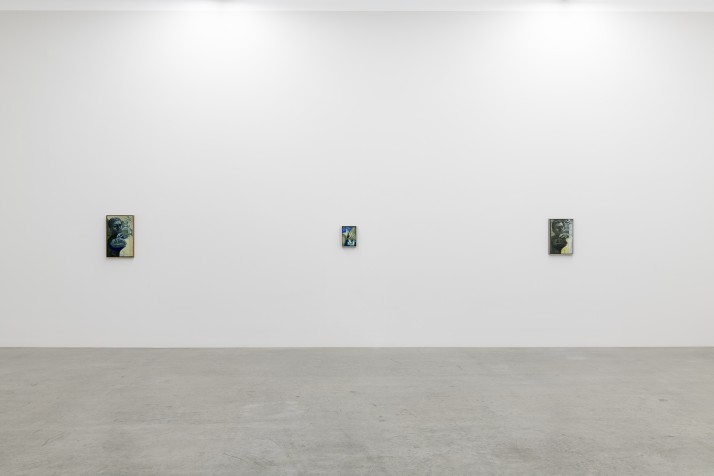 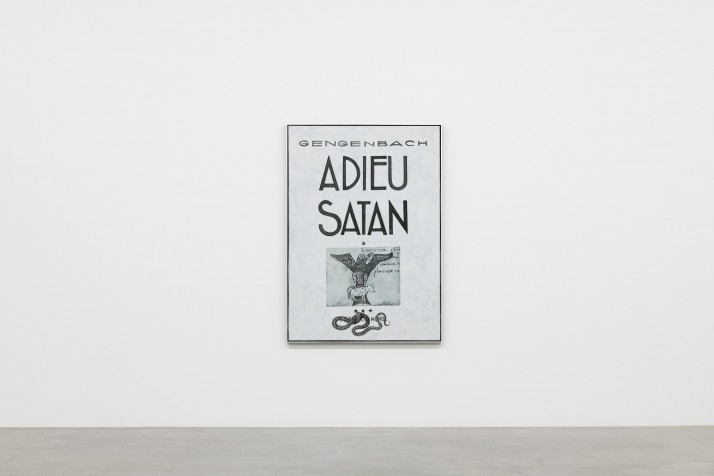 Within a web of motifs ranging from nature and creation to personal imagery, the nine paintings on view explore the manifold shades of sentiments of love and closeness, just asthey illustrate the absence or rupture thereof. Recurring themes such as spiritual development find reference in biblical topics of the temptation of sin. Divine punishment and demise are thwarted by the explicit portrayal of ultimate fertility that is a fruit of love, the birth of achild (Rózsa Victoria). Moonlight (All Nations Flag), a reflection on entering and exiting theworld, is framed by two self-portraits, indicative of two pillars, titled Self Portrait With The Yellow Shadow of Christ. In concurrence, yet almost jarring in color definition and size, the surprisingly large-format paintings, Untitled (Adieu à Satan) and Flowering Ego, constitute attempts to exorcise evil.

Through this show, Victor Man maps his own progression in life and time. Led by an overpowering impetus, all his intentions find their outlet in the medium of painting and are subordinated to the same. Just as bold as Man’s quite radical individual take on existence are the violent and strong colors emerging from his typically dark palette. Influenced by poets like Georg Trakl and painters such as Pontormo, Man’s approach to art history, as seen in this exhibition, is defined by a non-linear understanding of it. He nurtures the idea of culture as a system that transcends time and feeds and builds upon itself, forming an entity of the pastand the present, the here and now. 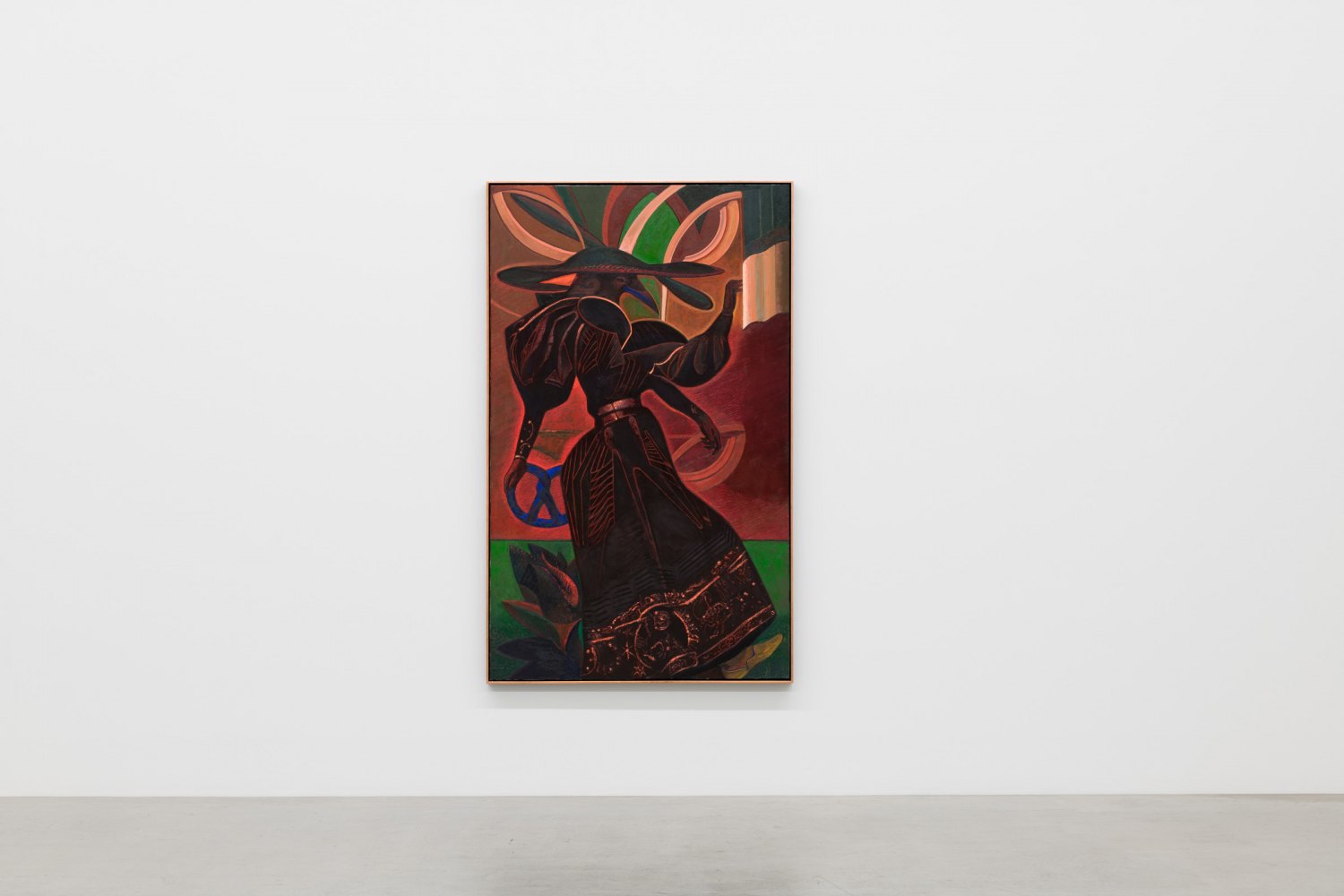 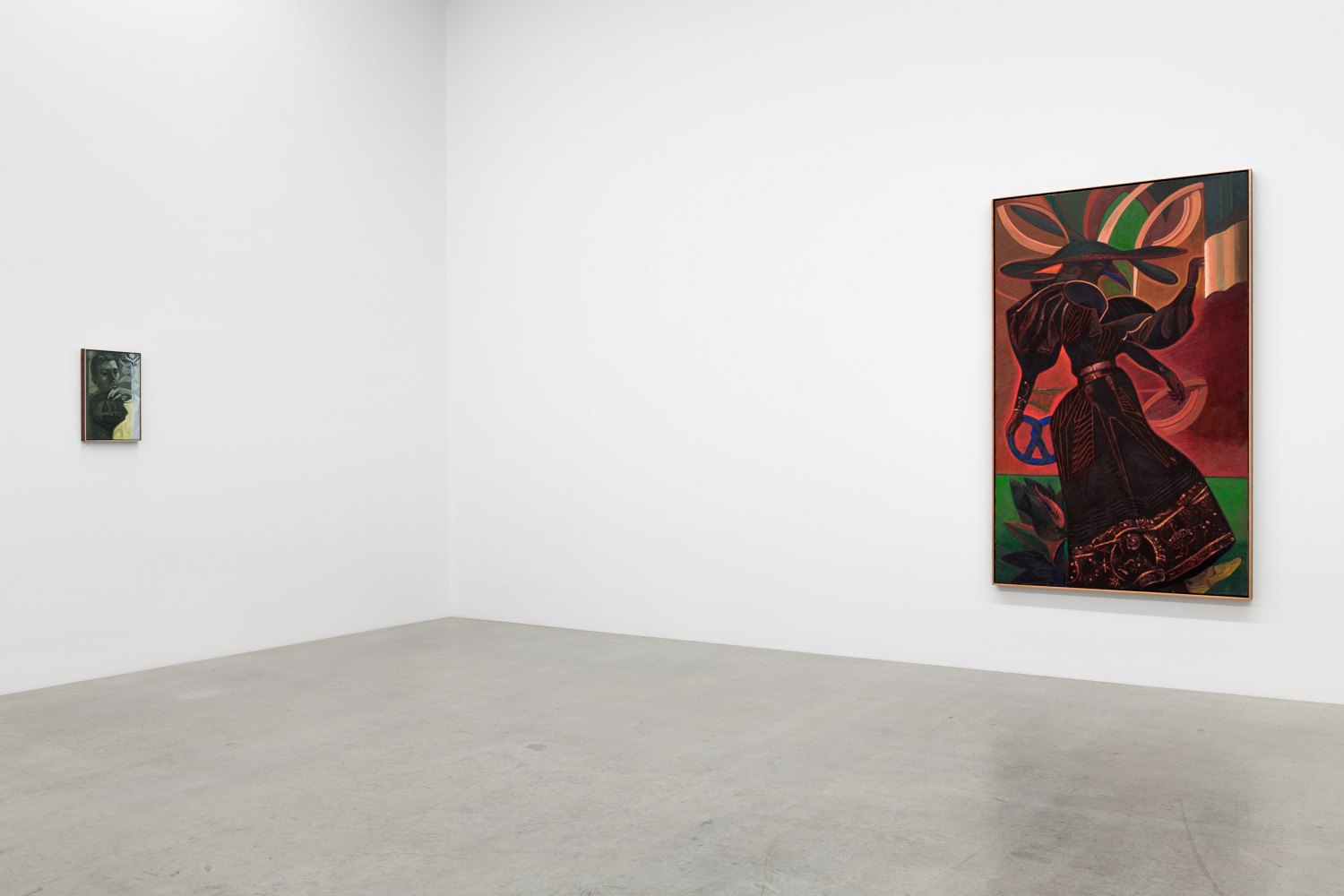