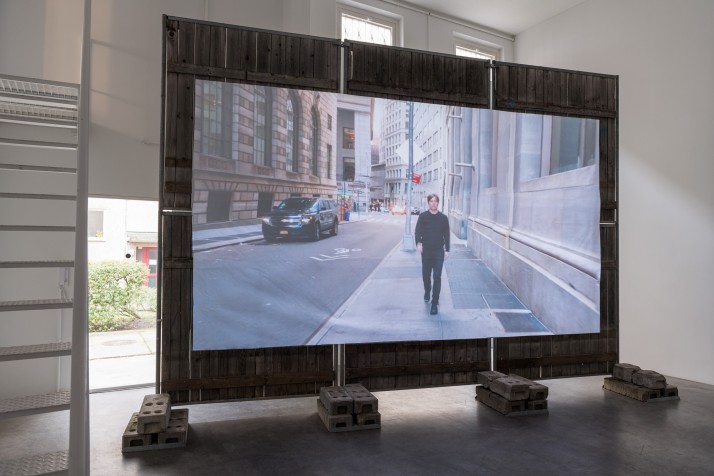 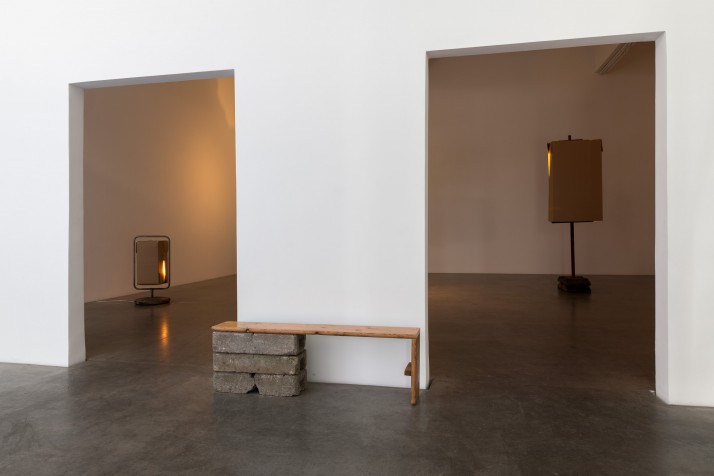 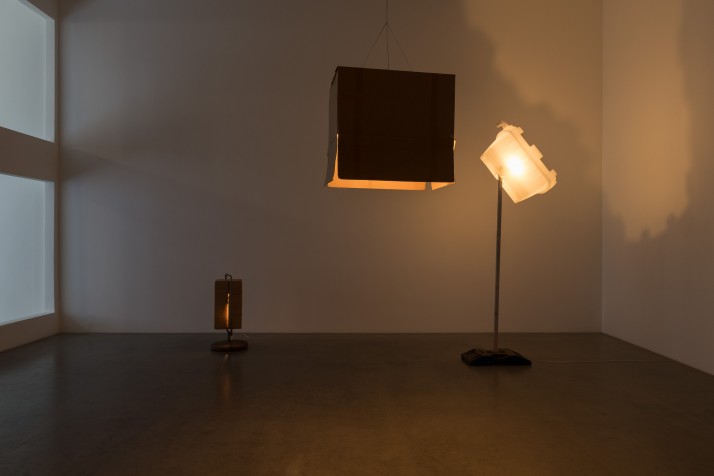 Grounding is a technical term related to electric equipment for making it safe to use. It can also be about thoroughly learning ‘from the ground up’, having a good base for something. It’s also the title of a video by Klara Lidén, first shown in New York about a year ago. The storyline is simple enough, a character (the artist herself!!?) starts out walking around lower Manhattan only to fall down after a few steps. As the action repeats it takes on more ominous meaning; these falls must have been learned and choreographed somehow, obviously staged actually but why!!?

People falling is a tried and tested effect of slapstick comedy, it looks funny… seeing it on film might be liberating for the viewer as you’re free to laugh at a person without having to worry about them being hurt–either from the actual fall or from the fact of people laughing at them. This double reaction of empathy and making fun of might be what triggers you as a viewer, identifying with someone but at the same time feeling relief that, for this once, it wasn’t you.

As the fourth fall occurs in the short video, there is an actual bystander responding and just about to reach out and help when he gets a short glimpse of the camera filming and becomes hesitant–is this a real fall!!? Am I supposed to intervene or help or not!!? Is it part of a film production where outsiders and passersby are not supposed to interfere… It’s not clear whether this man’s presence and reaction might be staged as well, whether we as viewers are supposed to identify with him or with the repeatedly falling down artist.

Falling down and getting up can, as the title of the video implies, be a learning experience. A humbling experience maybe, or a test of one’s resilience… You’re just not going to get anywhere unless you’re willing to try, to fall and fall again, fail again and fail better… It’s an age-old lesson but one that obviously bears repeating.

The projection is blown up to quasi life-size and in this way has the effect of bringing the street into the gallery–as we can tell, in lower Manhattan as in big cities everywhere there’s a lot of construction going on. The materials from these construction sites together with other found stuff is basically what the artist has used to make a set of both rustic and quite eccentric lighting devices spread throughout the main area of the rest of the exhibition space. The heavy bases normally used to keep traffic signs in place, the metal supports as well as the signal coloured plastic cones and roadblocks are all part of these repurposed designs bringing the outside to the inside and further on to who knows where in people’s minds… Just mind your step.